Maya – The Illusion of “Self” Part 4: Connected to All of Existence 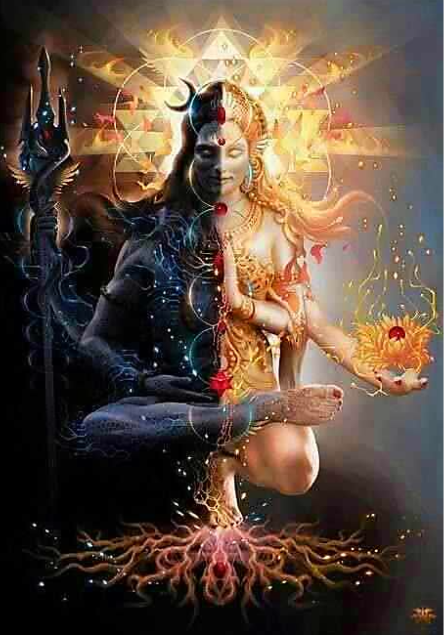 In the last ten years, research into states of consciousness has had a bit of a resurgence or what could be described as a new renaissance, as scientific inquiry in the field of psychedelics is revealing more and more mysteries of the human mind.

After a surge of very promising clinical research into psychedelics – a term meaning “mind manifesting” – from the 1950s and 60s, showing so much promise in treating depression, anxiety, and even schizophrenia, recreational abuse of psychedelics created both political backlash and public outcry demanding their discontinuance.  It forced the research to cease and to be abandoned by 1965.  For four decades all the wonderful findings gathered had all but been lost.  But, in the early 2000s, thanks to the tenacity and groundwork laid by a tremendous team of scientists from multiple disciplines, the Federal Government allowed research to resume, and what we’ve learned about the human mind, has been nothing short of extraordinary.

Used for thousands of years, it is well known that compounds such as psilocybin, derived from mushrooms, as well other psychedelics such as LSD and ayahuasca (often referred to as “the God drug”), create what can only be described a “mystical experiences” – typically described as the dissolution of one’s ego followed by a sense of losing all identification with one’s body, and a merging with nature and the surrounding universe.  A sense of being connected to everything that is.

Those that have taken the deep dive into what we casually and even within the halls of academia refer to as a “trip,” report feeling flooded with love, beauty, and peace beyond anything they could imagine being possible.  They all come back to their baseline level of consciousness, suffering from the same ineffability; a complete inability to describe what they experienced.   They emerge from the experiences with unshakable convictions, the most important of which, is that ALL participants are sure beyond a doubt, that what they experienced was not at all “just a figment of their imagination.”   They felt very strongly that these experiences “opened portals of perception” to other dimensions of reality, but in no way feel their experiences were hallucinatory.

It’s easy to hold to the belief that we are living “IN” the universe, when in fact, the physical form we take on in this physical reality, emerged from and is enmeshed in the universe.  Our bodies are vessels made from and housing the universe itself.  We (in the physical sense) “ARE” the Universe!

Consider the fact that half the capacity of your lungs is outside in the trees.  The entire water content of your body is from the ocean. The entire physical mass of your body came from the soil in the form of fruits, vegetables, nuts, and even the animals you’ve consumed over the course of your lifetime.  Your body is an accumulation of everything you’ve ever ingested.  The energy powering your cells originated in the sun and was converted into physical mass by plants.  Ingested by you, this stored energy is enzymatically converted by your body into the physical mass you identify with as being “you.”

Knowing the history of the universe is to know that Earth and everything on it, including your body, is made of stardust and is entirely “solar powered.”  The Sun is at the very heart of your existence in the physical plane and is what is powering every aspect of your biology. One might even say that the Sun is your power cell, and is, therefore, an aspect of your physical system. The point being, we are connected to everything that surrounds us.  This acknowledgment of our connection to everything was expressed as far back as the 1st century in the ancient Emerald Tablet of Hermes Trismegistus, in which Hermes wrote: “As above, so below, as within, so without, as the universe, so the soul.”

Perhaps a more concrete example will suffice.  Think of the water cycle as an analogue for understanding this concept.  Just as a drop of rain (a liquid with mass) is formed by the coalescence or aggregation of water vapor (an invisible gas), the moisture it’s pulling out of the air ultimately came from its source, the ocean . . . For a span of time, it is separate from its source, the ocean, but it “IS” the source, the ocean, and will someday return to its source, the ocean.  So, it is with physical form.  The physical aspect of your being that you identify with as being “YOU,” is nothing more than the product of focused consciousness that pulled together fields of energy and coalesced them into a density of material that you perceive as your physical mass.  Again, your body is “yours” but it’s not “you.”  This life is just a rite of passage that involves a body that belongs to you, but is not you.  You, and every atom in your body, are as old as the Universe itself and arguably older because the universe exists within the parameters of time and space which are just constructs of the mind that arise from the perception of being separate.  I, and many mystics, sages, gurus, and teachers would argue “YOU” have no beginning and no end . . . 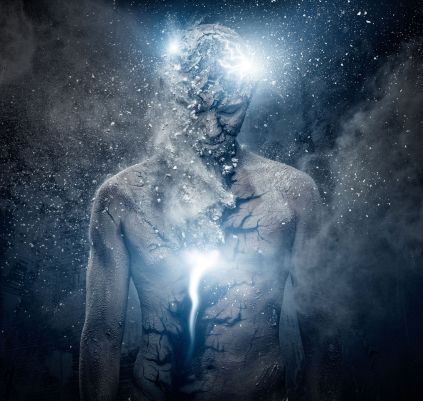 We tend to maintain this illusion of being separate from everything because society breeds an outbound focus.  As observers looking out from behind these eyes, we delude ourselves by clinging to the belief that we are separate from the universe, that we are “here” in these bodies, and life is “out there,” as something external to ourselves.  But, “THERE” is a devious trick of the mind.  The mind always makes us interested in things far away, over “there” so we can be lead from here to there.  Our attention is always wandering to another place, another person, another thing, another time.  As a result, we are never “HERE” and almost always elsewhere, lost in the capricious nature of our thoughts.

In India, there is an ancient proverb – diya tale andhera– which means “there is darkness under the lamp.”  A lamp provides light that can fill an entire room and yet right underneath of it lies darkness.  As is the case with man.  We are capable of seeing all that surrounds us but incapable of seeing ourselves, within.  We delude ourselves thinking life is “out there” and worse yet, that we are separate from it.

Why would I say something as preposterous as “life isn’t ‘out there’?”  Consider for a moment that you have never “experienced” anything outside of yourself.

Though many reading this may feel insulated from the world “out there” and from others, sometimes creating feelings of loneliness and being all alone, we are never alone.  This is merely a story our ego has created by living through constant comparison.  It’s a failure to see our connection to everything we are a part of that leaves us feeling isolated, alienated, separate and alone.  Seeing this connection brings an unceasing joy.  It helps to see that we exist, we always have, and we always will.  So, enjoy the journey because the journey has no purpose.  The journey is the purpose!   Every experience we have is only lending itself to the evolution of our consciousness because everything is our teacher.

We, like everything else in the physical plane, are a unique, short-lived manifestation of the universe, much like waves on the surface of the ocean are an extension of the ocean itself.

So it is with each individual’s life in this “physical” plane.  Though appearing on the surface to be separate from all other waves of expression (physical expressions of the universe) that arose from the source field and give rise to the physical universe, (in the form of people, animals, plants, planets, stars, etc.) on a deeper level, woven out of the fabric of the universe itself, we are all ONE with the universe because, we ARE the universe.  Each one of us is intimately tied into this vast sea of intertwining fields of energy we call the universe because we ARE the universe, just as each wave on the surface of the ocean IS the ocean.  We have all emerged from the same source, the same sea of energy, as we all came forth from something “formless” into something taking on or congealing into a well defined “form.” 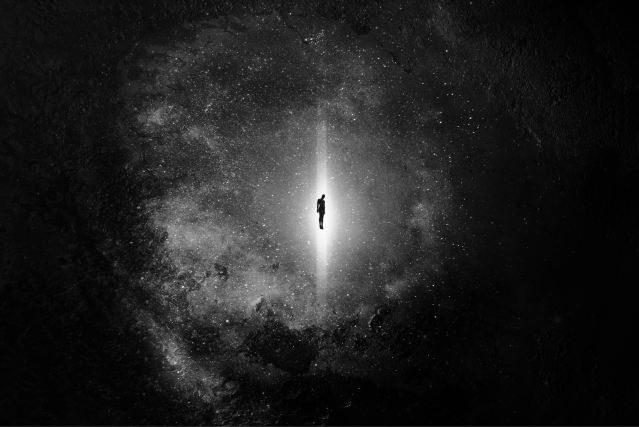 It may be a bit of a mental catapult, but if you can think of the universe as a vast sea of invisible, indivisible, formless energy, where non-physical fields of energy coalesce and condense into physical matter, we take on form much the way water vapor, imperceptible to the eye, condenses to form clouds, and ultimately rain and various other forms of precipitation. Likewise, everything with “form” in the physical universe, including our bodies, is merely a unique manifestation of the same “formless,” imperceptible ocean of energy that gave rise to the physical universe itself and everything in it.

Everything that exists is just variations on a theme; a different wave of consolidated energy in the form of a human, a different physical expression of the original “source energy” or “source field,” (some may even call God) but nonetheless all emerging from the same source, the same sea of energy (God) as it emerged from something formless, nebulous, and intangible, into something perceptible and with form.

John Lennon glimpsed this idea when in the song, I AM THE WALRUS by the Beatles, he wrote, “I am he, as you are he, as you are me, and we are all together…”

He understood that we’re all connected and we are all one.

What we are is something that cannot be defined, only defiled by attempts to define it.

These labels we pin on ourselves are “MAYA,” the illusion of “self.”  It’s a false image.  This self-perception we have of ourselves is only an illusion that exists in relation to everything else we come in contact with or experience.  This shell that we hide behind has been constructed over the course of our life and is nothing more than an accumulation of impressions that have been made upon us.  It’s a collage of labels we identify with and have pinned to ourselves, believing the labels themselves give context to who we are.  They’re all illusions of course.  None of the labels we use to proclaim who or what we are can ever define what we truly are.  It’s blasphemous to even attempt to do so.

Because of the way we’ve structure society, we’re turned inside-out.  Over time we slowly lose the intimate relationship we’re having with ourself.  We become oblivious of our connection to everything surrounding us, seeing ourselves in the context of comparison to everyone else.

See:  Maya – The Illusion of “Self” Part 5: The Importance of Knowing Ourselves

One Comment on “Maya – The Illusion of “Self” Part 4: Connected to All of Existence”