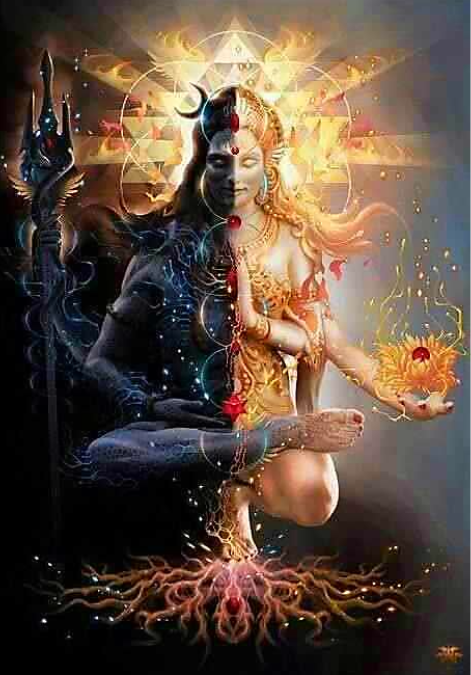 To live our life to the fullest, assuming that is one’s goal, and that our most basic needs of physical and financial security have been met, I believe there are five areas of life we need to develop and balance.

Whatever we have been deprived of in early childhood, the formative years of our life, always tends to be our highest aspiration as adults.  Growing up in poverty and instability, money and creating financial security for ourselves often tends to be our greatest aspiration.  Deprived of love and affection, finding a loving relationship tends to be our greatest pursuit.  Assuming one has discovered the transient and fleeting happiness achieve through endless consumerism, and has moved beyond the ego alluring trappings of society, if we had the luxury of having a somewhat stable and wholesome upbringing, becoming the greatest version of ourselves is often our most determined pursuit, and part of that usually involves expansion into the spiritual expect of ourselves.  But, though people associate the term “spirituality” with their highest aspiration, they often conflate the idea of spirituality and religion which by contrast, teaches us to export our happiness, well-being, and security to Heaven, believing a power much grander than ourselves will intervene should we need it to.  It’s a somewhat fatalistic perspective, putting our lives in the hands of a god we’ve never met, but ultimately determines what our fate is.  It also  means that we will never have peace of mind until we shed our mortal coils, and are buried 6 feet under.

That is not the goal of life!  Life in the physical plane is one of contrast and struggles that serve as a catalyst in the transformation of expansion of our soul, our spirit, and ultimately, the development of conscious evolution.

If we look outward it is an endless journey to finding happiness. If we turn inward and it is just one moment, where everything changes. We are no longer in pursuit of joy, but rather our lives become an expression of our own joyfulness.

Since spirituality is a word ascribed to experiences that lie beyond our 5 senses, this area deals with our conscious perception, or lack thereof, of the non-physical aspect of ourselves that we loosely interpret as “I” or “me.”  The proverbial “ghost in the machine.”

For most of us, we don’t develop deep roots and intimate ties with this aspect of ourselves, because so much of the intimate knowledge of the mystics has been kept from us and replaced by religion.   As mentioned, many conflate religion (which sees creation as something separate from a “believed-in” creator) with spirituality.  And society? Society only cultivates our overwhelming preoccupation and identification with the physical and mental aspect of ourselves – our ego.

In the Hindu tradition, this is referred to as “MAYA” – “the illusion of self,” and is a reference to the false identification we make with our physical body and even our thoughts as being “US,” as opposed to seeing the body as a vessel that we temporarily reside in, and our thoughts as an automatic process happening independent of who and what we are at our core – our essence.

From this perspective our body is seen as a sophisticated technology of sorts, that is an amalgamation of soil, water, air, and fields of energy that have coalesced into physical form, housing our consciousness.  The body is ours, but it is not “US.”

A distinction between the brain and the mind should be made here because all too often we identify with our thoughts as being “US.”

Think of the brain as the doorway to experience in the physical plane of existence.  It’s simply a technology created by nature itself.

Our thoughts occur spontaneously as an automatic process arising from the body’s software, with the brain acting like the CPU of a computer consolidating the information taken in through our 5 senses and creating perceptions that form the experiences we’re having in any given moment.

Here’s the kick in the head though.  Quantum physics has revealed that there is no physical reality, at least not in the sense of what we believe reality to be.

Though imperceptible to us at the macroscopic level of our senses, everything, yes everything we see, taste, touch, hear, or smell, even solid objects, are vibrating.  Light is a vibrational frequency detected by rods and cones in our retina that send a signal along the optic nerve to the occipital lobe of our brain which interprets it as shapes, shades, and colors to create sight.  Sound is the vibration of air, or vibrational frequencies that upon vibrating the tympanic membrane of our ear, vibrates the three delicate bones of the inner ear, the incus, malleus, and the stapes.  These vibrations are converted through nerve conduction into sound by the temporal lobe of the brain.  Taste and smells?  Again, both occur in tandem and are various vibratory frequencies of chemicals interpreted by the receptors in the tongue and the nose that are sent along the glossopharyngeal nerve to the olfactory cortex and are interpreted as a range of tastes and smells.  All tactile senses are vibratory as well.

Why belabor the point of going to these lengths in explaining this and what the hell does any of this have to do with happiness and well-being?  I do it to illustrate a point.  Reality is only happening WITHIN you as a projection of the brain.  Because you can observe these sensations, “YOU” are not the senses or sensations themselves, but rather the observer and ultimately the interpreter of them.

Think of our 5 senses as receptors that allow us to interface with these vibrational fields our physical form is immersed in.  Everything we experience we experience because we are interacting with a narrow range of vibrational energies or frequencies that are commensurate with our 5 senses.  As we do so our mind generates thoughts and feelings in response to them.

In every moment, we are viewing thoughts automatically generated by our mind.  What we are witnessing is the mind sifting through information it has gathered from previous experiences, as it tries to tie or associate present experiences to what it has experienced in the past.  This is how the brain wires itself and allows the mind to navigate through the experiences we’re having in the present moment.  It does this to create predictions, because the only thing we know as “truth” is what we’ve already experienced.  Every new experience is categorically associated with other similar experiences from the past.

But, to see ourselves as the body is to neglect and fail to see a much more expansive dimension of ourselves . . . our connection to everything.

Consider the fact that half the capacity of your lungs is outside in the trees.  The entire water content of your body is from the ocean. The energy powering your cells originated in the sun and was converted into physical mass by plants.  Ingested by you, this stored energy is enzymatically converted by your body into the physical mass you identify with as being “you.”

Knowing the history of the universe is to know that Earth and everything on it, including your body, is made of stardust and is entirely “solar powered.”  The Sun is at the very heart of your existence in the physical plane and is what is powering every aspect of you. One might even say that the Sun is your power cell, and is, therefore, an aspect of your physical system.  The point being, we are connected to everything that surrounds us.  This acknowledgment of our connection to everything was expressed as far back as the 1st century in the ancient Emerald Tablet of Hermes Trismegistus, in which Hermes wrote: “As above, so below, as within, so without, as the universe, so the soul.”

For a more expansive understanding of this concept, I encourage a reading of one of the most beautiful explanations I have ever read in describing reality, which I came across in a book called THE SECRET OF SECRETS by OSHO.  It is a collection of talks given by OSHO, filled with detailed explanations of what Master Lao Tzu referred to as the “Golden Flower;” an allegory for the blossoming of one’s wisdom.

The link is on the Shift Ethos home page, titled “The Universe Within and Without” or you can click here:  https://shiftethos.com/2018/12/30/the-universe-within-and-without/

So, what does it mean to identify with our body as being us when in fact we, or perhaps I should say our body, is an amalgamation of the elements and fields of energy that surround us?  Where does the physical aspect of ourselves begin or end?  Our skin as the outmost aspect of our body?

We tend to think that the boundaries of the body are well defined by our skin, which separates our inner environment from our outer environment.  But, in reality, we are an intricate piece of a much larger system that is interacting with itself, just as the molecules within us are part of a much larger system: our anatomy and physiology and all the chemical processes occurring within us.

Our physical body is just a scoop of the Earth held together by breath.  As an extension of the Earth itself, which is the product of the burnt out crucible of a star predating the Sun, we are literally composed of stardust.  Our body is a highly-organized aggregate of everything surrounding us (the air, the oceans, the plants, the soil, and minerals from the Earth) and is in constant interaction with it.  The body is simply a medium that allows life to temporarily flow through it while housing the ethereal aspect of what we are for a brief time.

As Rumi once so elegantly stated:

So it is with physical form. The physical aspect that you identify with as being you, is nothing more than focused consciousness that pulls together fields of energy and coalesces it into what we perceive as physical mass.  Your body belongs to you but it is not you.

Birth and death are only illusions and are a product of form, but at our core, our essence, we are formless.  “YOU” have no beginning and no end…

Understanding this “oneness” with everything is the beginning of one’s spiritual awakening!

I’ve placed an entire chapter of the same title, from my forthcoming book, that I’ve broken up into 5 short reads, here on this website, https://shiftethos.com/2018/02/10/the-illusion-of-maya-self/, that provides far more detail on this concept.

Our spirituality (not to be conflated with religion) is where our life’s purpose and meaning comes from.  I consider this aspect of the Human Experience to be paramount to our “well-being” because how we experience life is largely determined by what we ‘believe’ the Human Experience is about.   To delve into true spirituality involves looking deeper inside ourselves, past the surface image in the mirror.  It takes time and a little devotion to see beyond the veil of illusions, stemming from our ego, that we’ve created about ourselves, to discover what lies beneath this skin we wear.  That’s because the stories and illusions we’ve created in our head have so many feelings associated with them.

These are deeply ingrained, often unshakable beliefs we’ve wrapped ourselves in that we feel define us in a pragmatic way, or so we think. In reality, we’re not limited by anything but the beliefs we hold about ourselves.